No political bias here, you think?

The other day I at last forced back my terror and signed up for Twitter. I reckon if I stay quiet, lie low, and wag my tail submissively I won't be "doxxed," humiliated, have my life destroyed; get hunted down, disemboweled and eaten on the hot, asphalt pavement by a pack of mad dog SJWs. 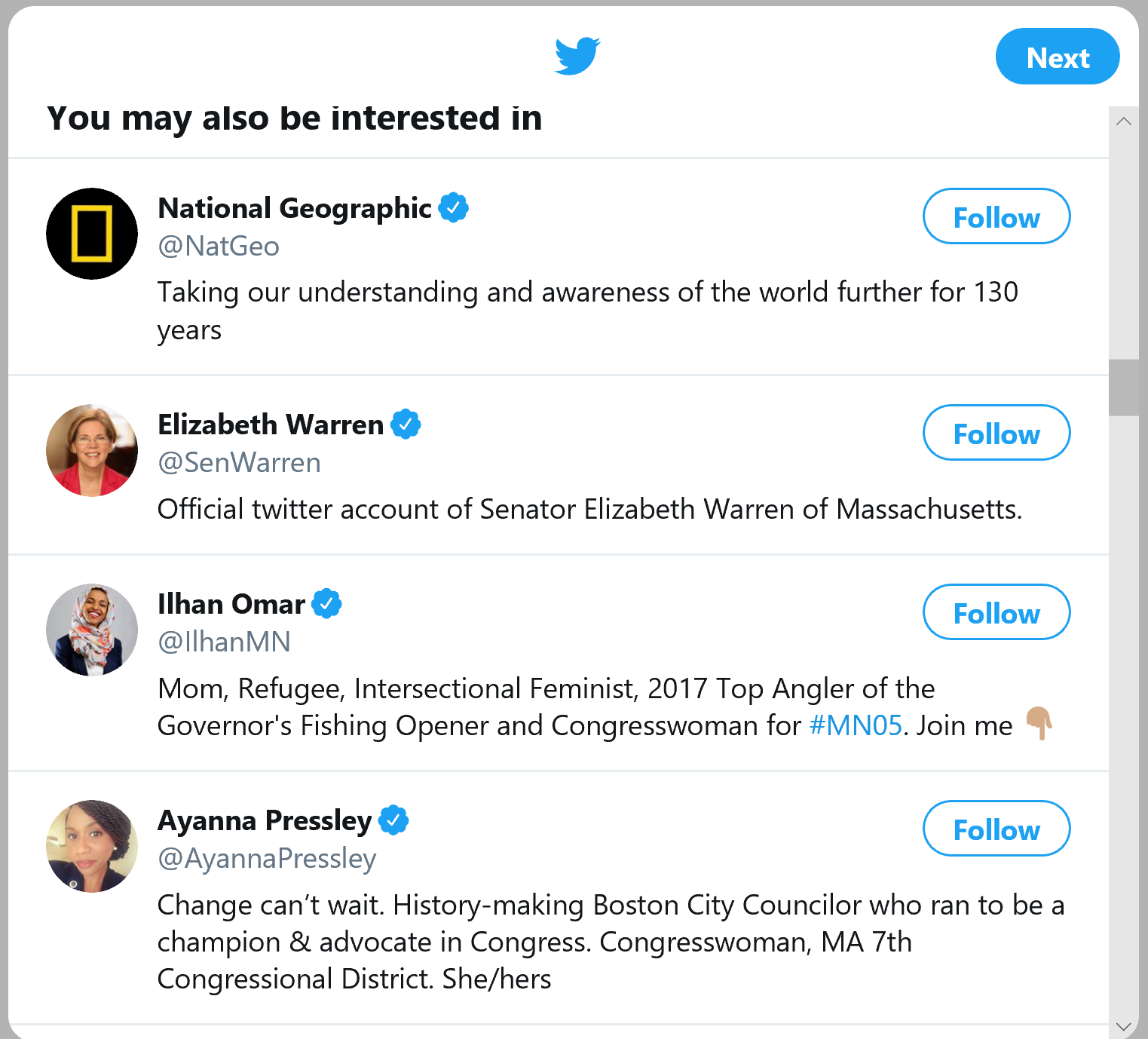 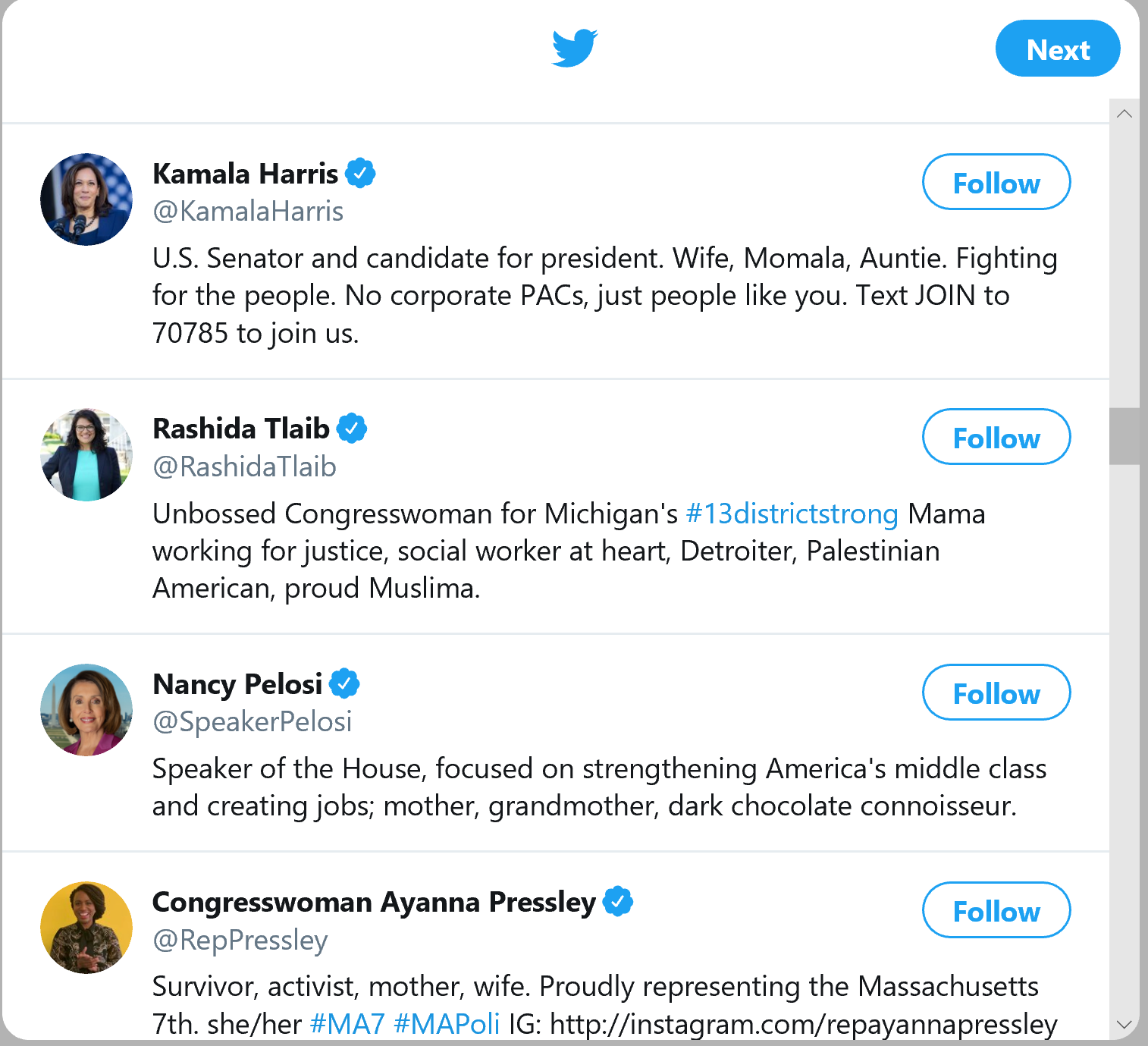 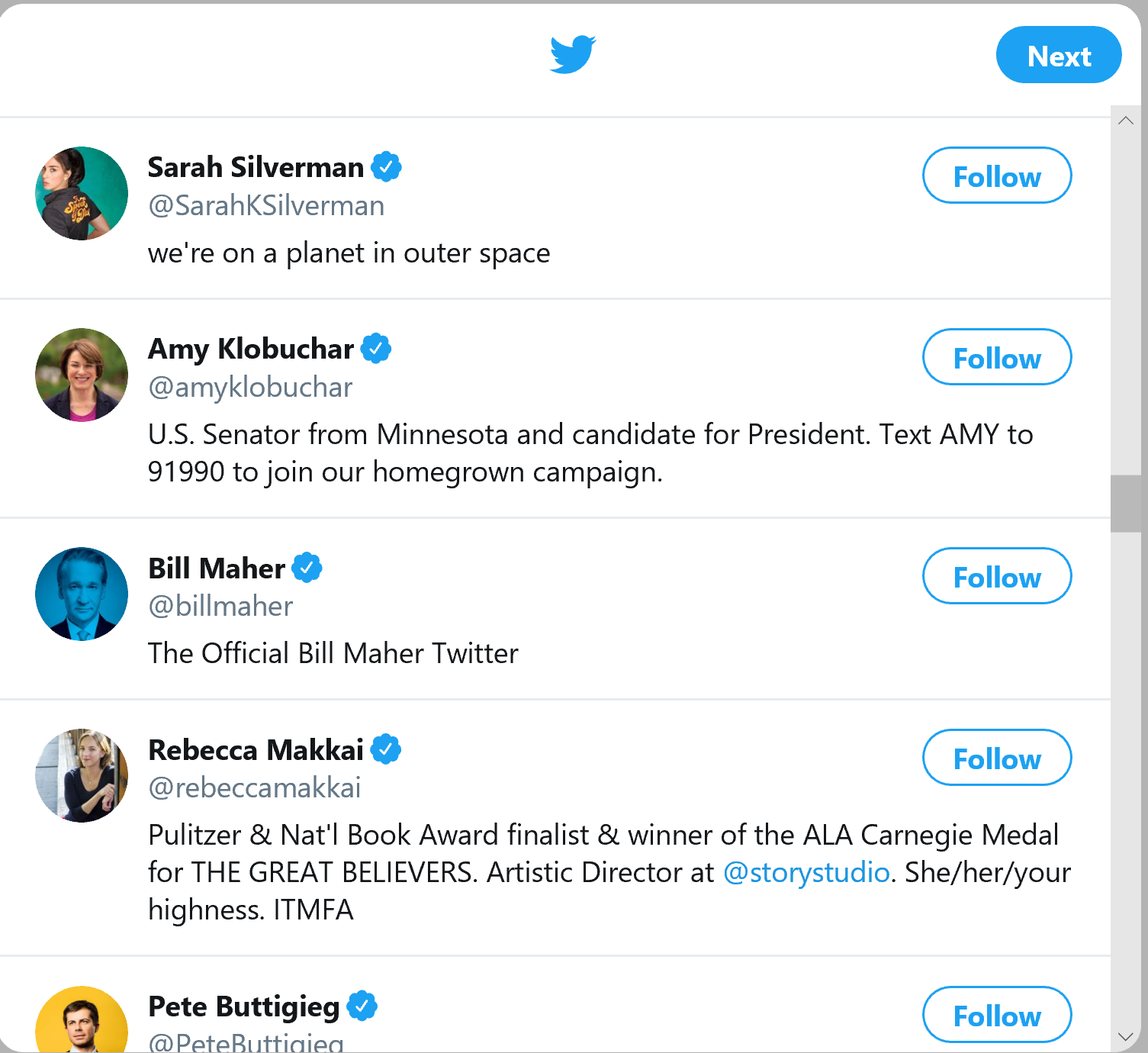 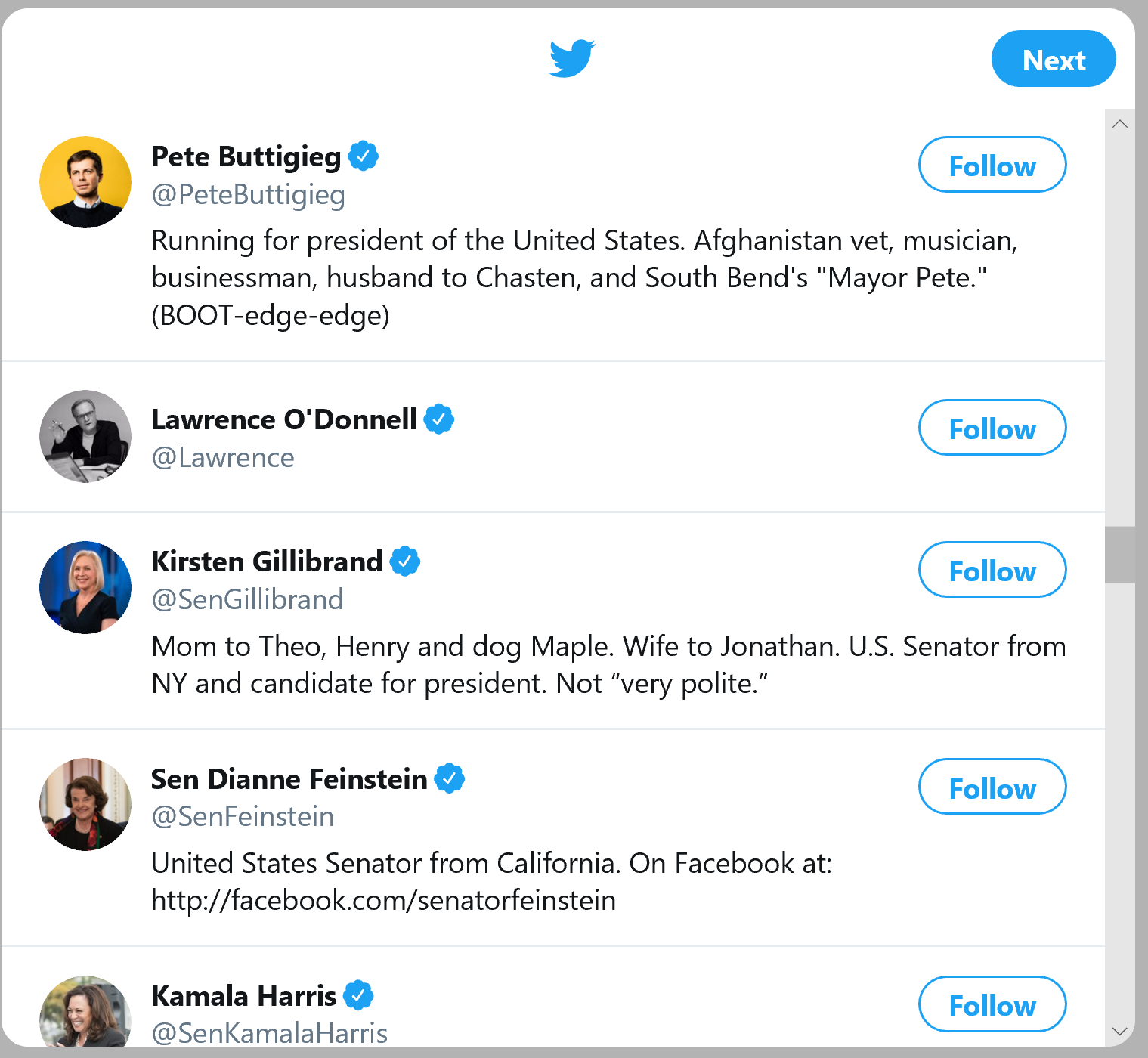 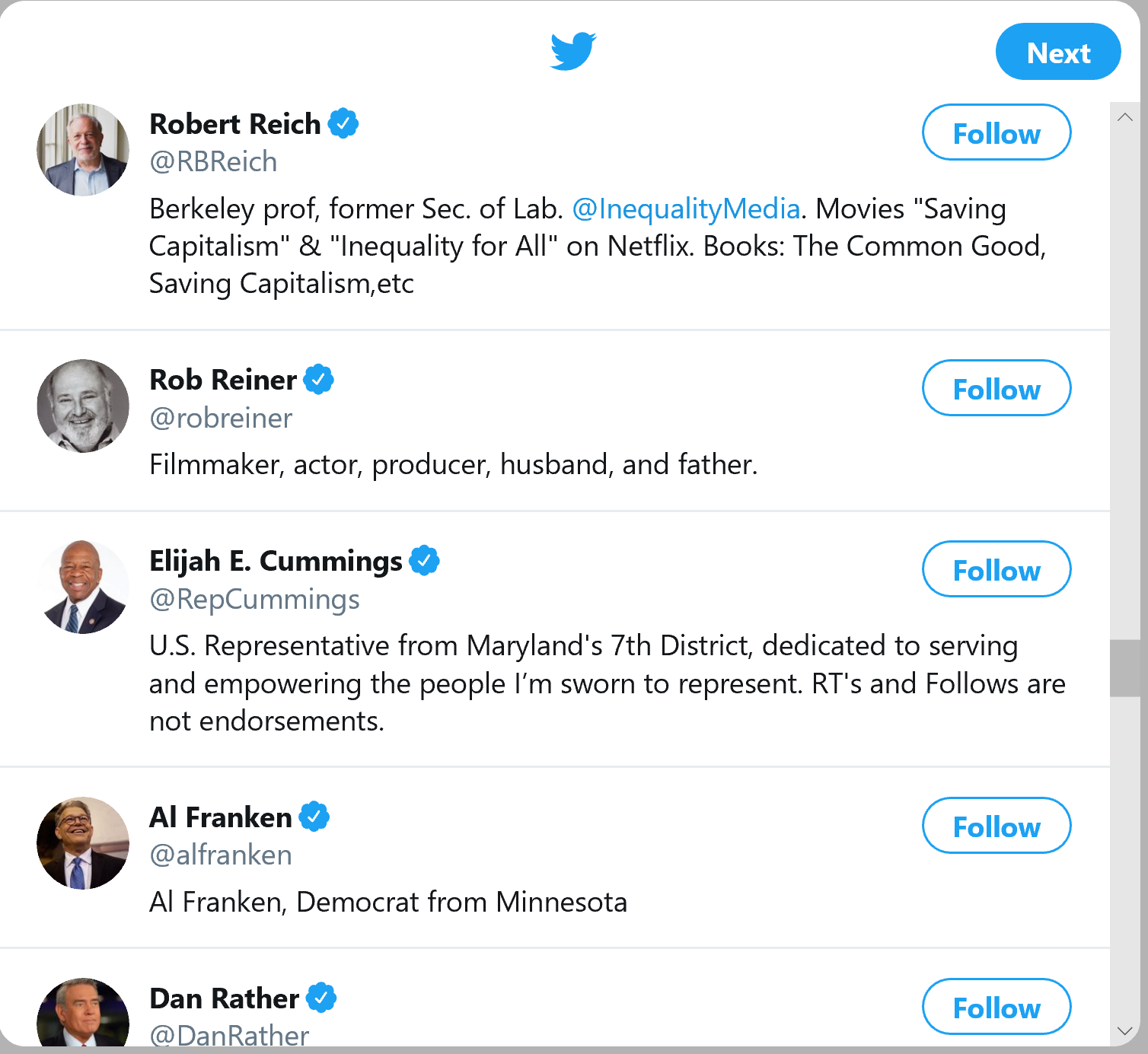 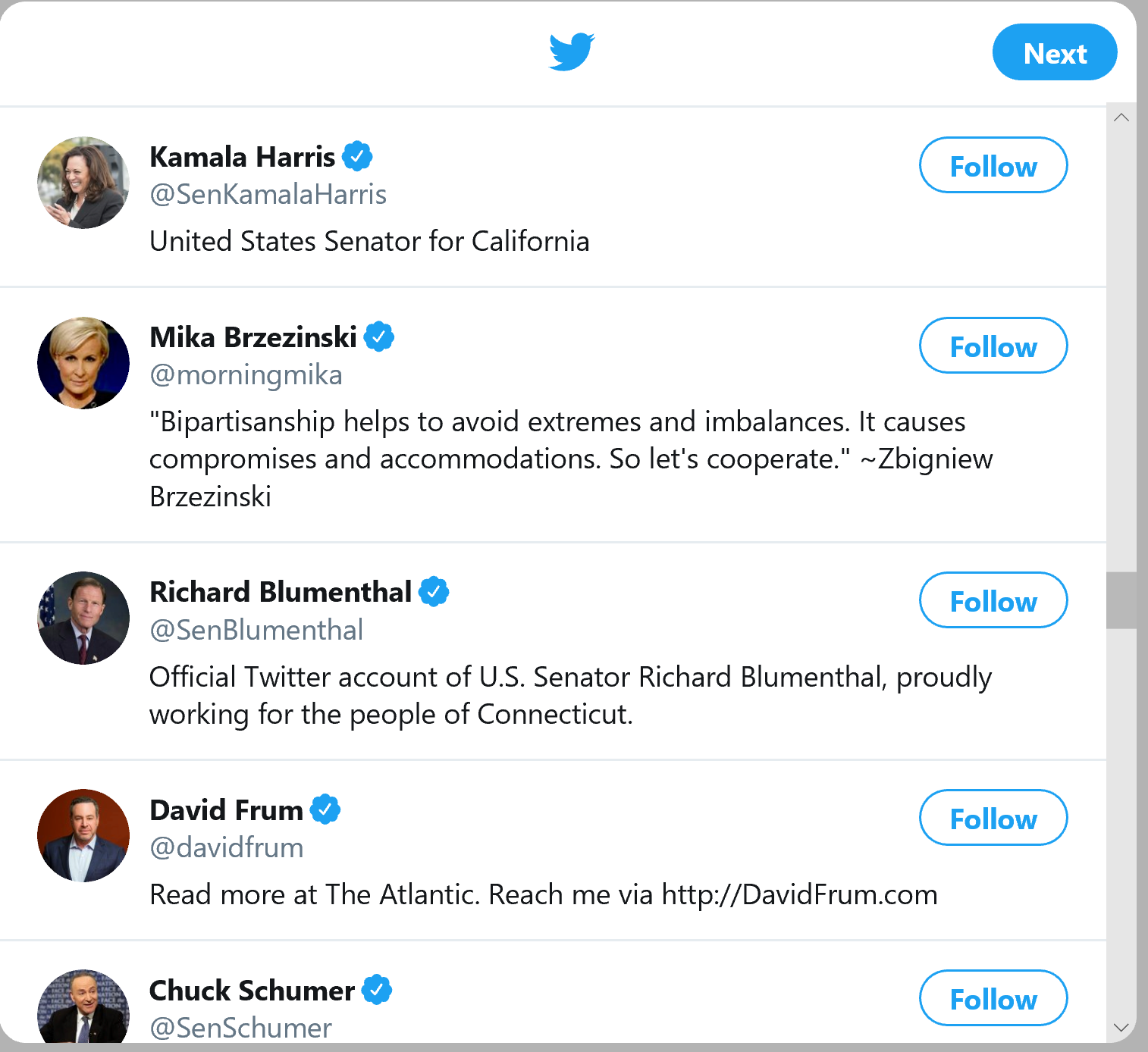 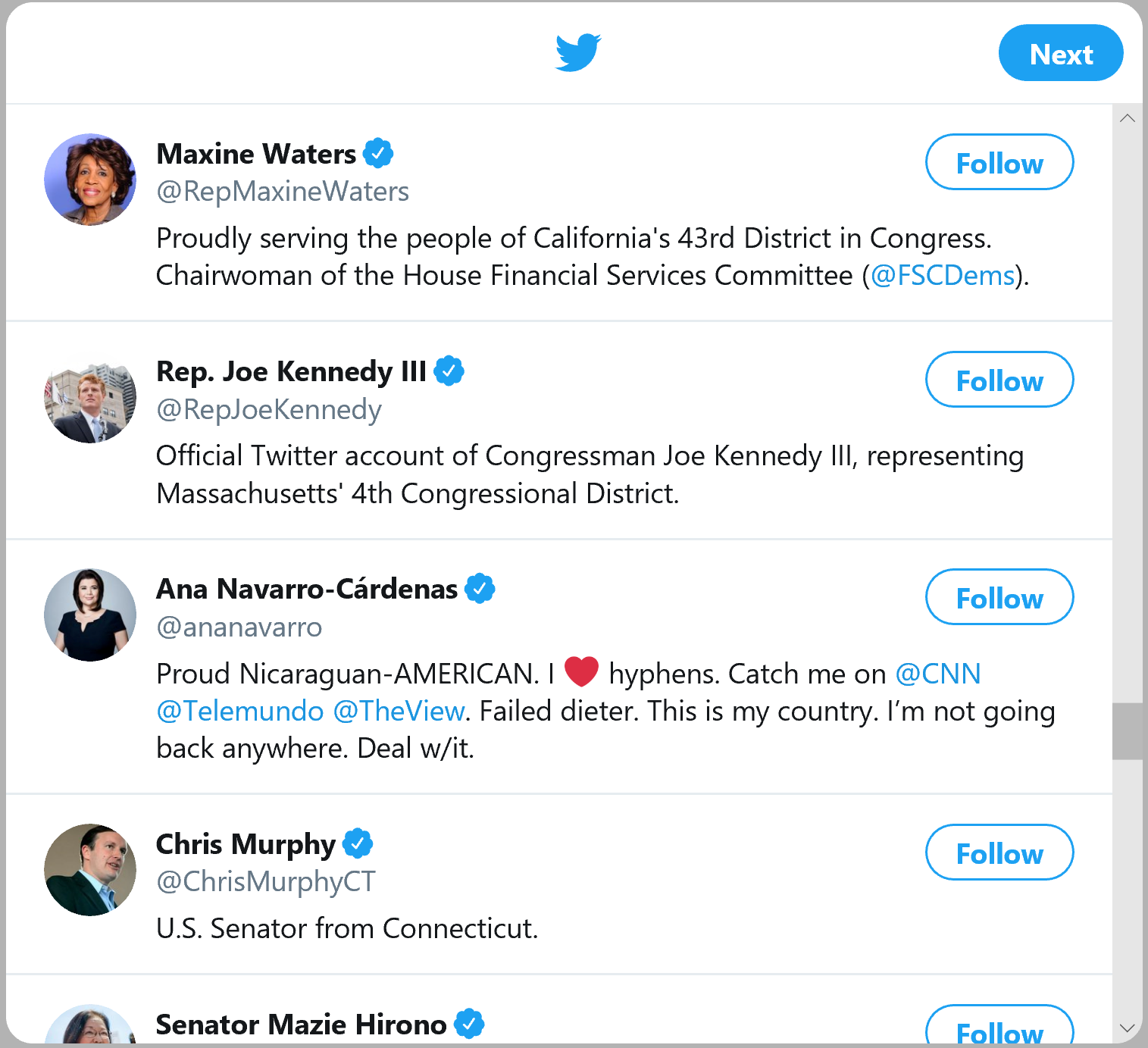 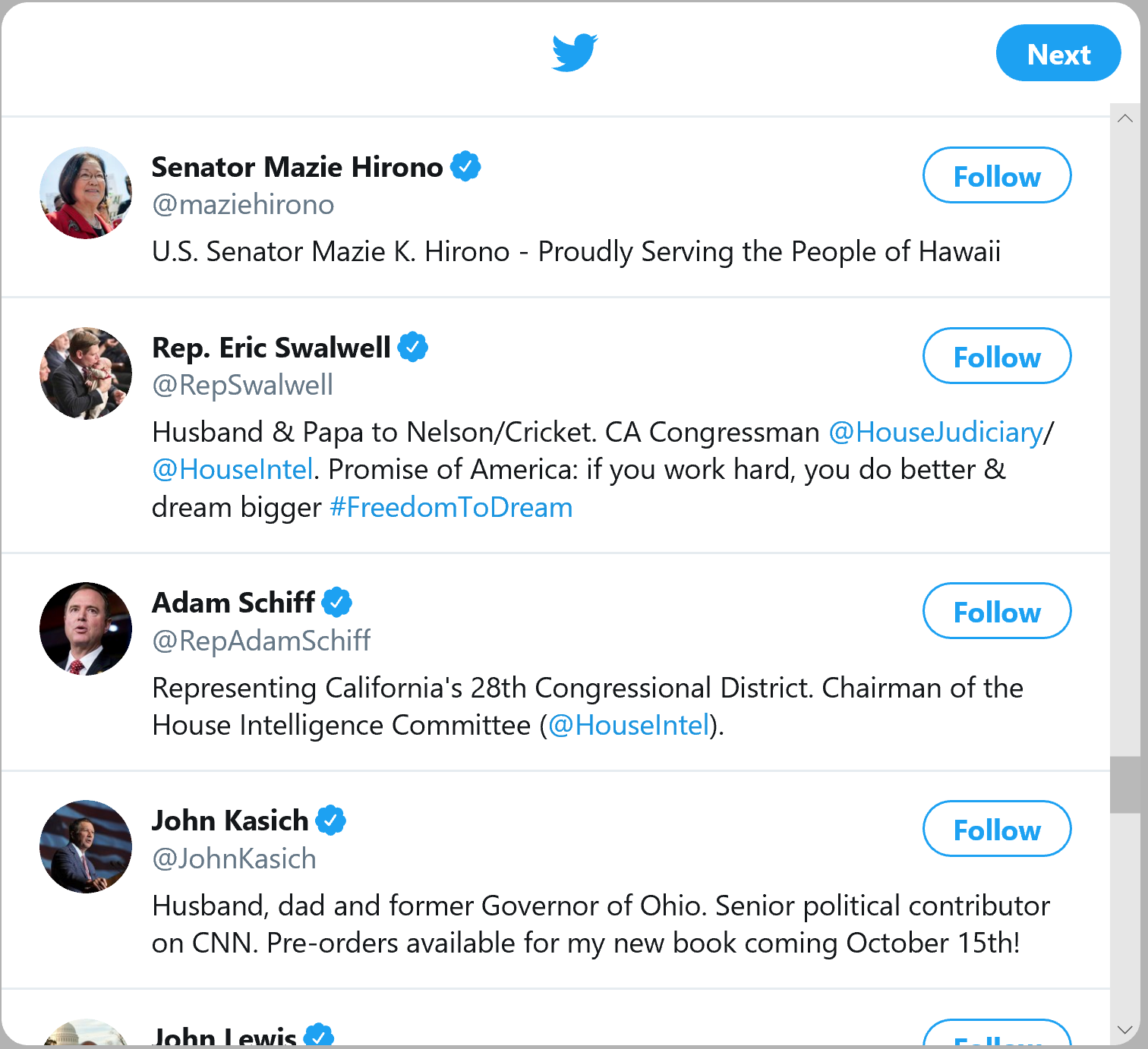 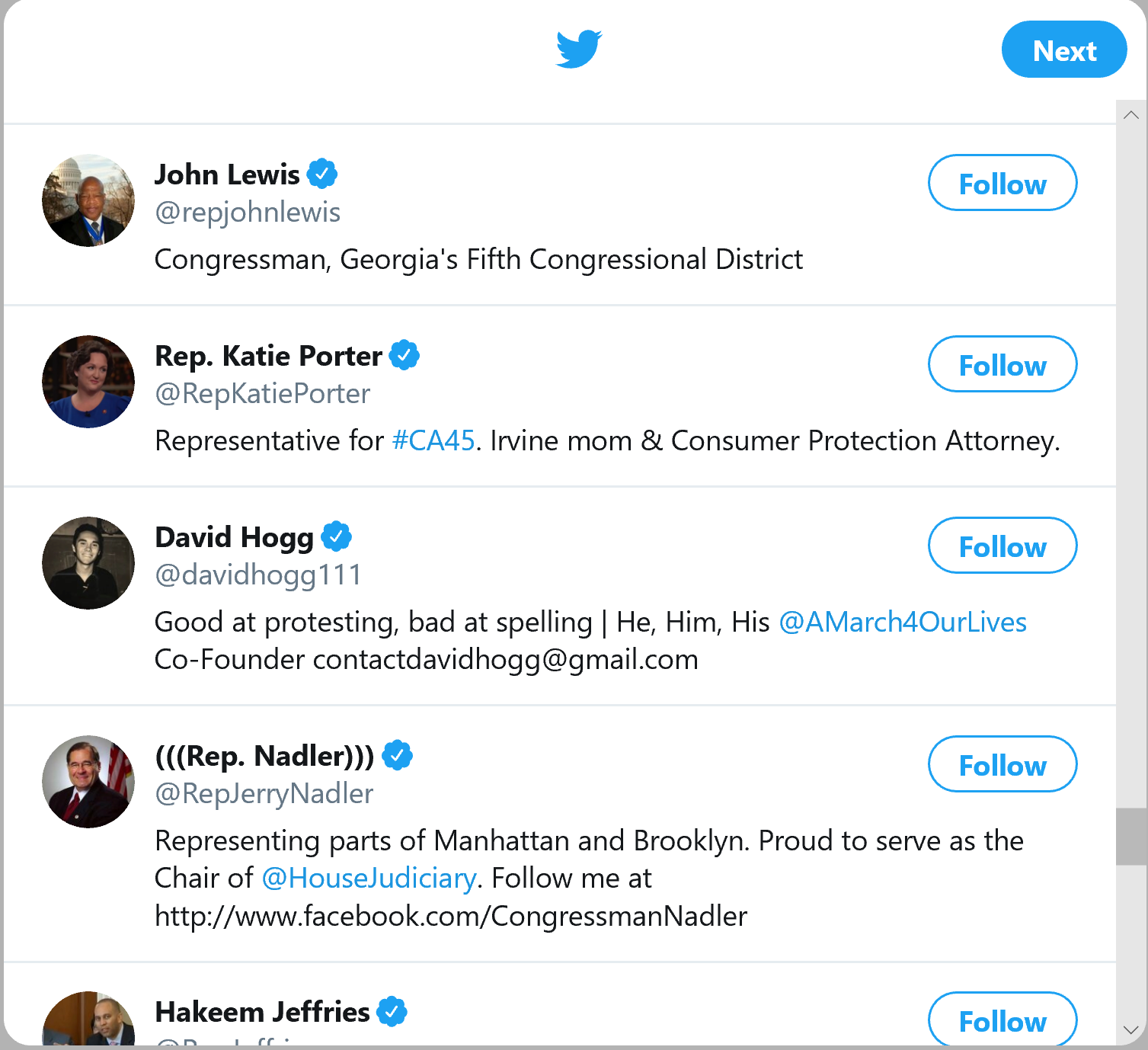 Let's see. That's 23 Democrats, including six 2020 presidential election candidates - with three separate plugs for Kamala Harris - backstopped with 11 politically liberal  media, cultural and talking head types, from notables like Bill Maher and Dan Rather to nobodies like Ana Navarro-Cardenas of CNN, and that semi-illiterate gun control kid. Finally, for political balance, Twitter throws in a couple of 'NeverTrumpers,' David Frum and John Kasich.

I'm puzzled. I take it that, given the all-seeing online surveillance tools possessed by these Big Tech monopolies, Twitter knows all about my modestly center-right, second Eisenhower Administration type politics. Why then, if it is a bona fide private business that aims to make money by "giving the customer what she wants," does Twitter insist on pitching me a left-liberal slate that it knows I will find at least mildly disagreeable? I doubt Twitter is pitching Donald Trump and Mike Pence to its liberal customers.

It could be there is a failure of corporate governance, a principal-agent problem in economists' parlance, where virtuous liberal employees are imposing a political bias despite company policy. But perhaps it's also all about the money - big money. A business may try to get ahead by furnishing a better product in the market. But sometimes it will get much further by nudging politics to get its way. Trump's protectionist, anti-China actions could cost Big Tech a great deal, and so they may have determined to drive him down in 2020 for that reason too. How exhilarating when the high road of virtue is also that of profit!